A county in New York state has declared a state of emergency following a severe outbreak of measles.

Rockland County, on the Hudson river north of New York City, has barred unvaccinated children from public spaces after 153 cases were confirmed.

The announcement follows other outbreaks of the disease in Washington, California, Texas and Illinois.

Vaccination rates have dropped steadily in the US with many parents objecting for philosophical or religious reasons, or because they believe misleading information that vaccines cause autism in children.

“We will not sit idly by while children in our community are at risk,” Rockland County Executive Ed Day said.

“This is a public health crisis and it is time to sound the alarm.”

Why has this county taken action?

The outbreak in Rockland County is largely concentrated in the ultra-Orthodox Jewish community, the New York Times reported. It is believed it could have spread from other predominantly ultra-Orthodox areas around New York which have already seen outbreaks of measles.

Mr Day said health inspectors had encountered “resistance” from some local residents, which he branded “unacceptable and irresponsible”.

“They’ve been told ‘We’re not discussing this, do not come back’ when visiting the homes of infected individuals as part of their investigations,” he said.

Dylan Skriloff, the editor of local newspaper the Rockland County Times, told the BBC the number of measles cases in the county had been increasing steadily in recent weeks.

“The first reports came six months ago, and each week we’ve had a new report with increased numbers,” he said.

“It’s become clear that it’s not abating, and the authorities… don’t want to accept [this reality] as the new normal.”

Skriloff said that the authorities had been making “steady progress” in encouraging religious communities to immunise children but communication had broken down in the last month.

“The rate of immunisation in the religious communities, for young people, it’s about 50%-60%, which is not nearly enough.”

Officials said the order, which bans anyone under the age of 18 who has not been vaccinated from places such as schools, shopping centres, restaurants and places of worship, would come into effect at midnight on Wednesday and last 30 days.

Rockland County has a population of more than 300,000.

What has happened elsewhere with measles vaccinations?

Measles is a highly infectious disease and can cause serious health complications, including damage to the lungs and brain.

But despite the dangers, vaccination rates are declining in many countries.

In the UK, the government is seeking new legislation to force social media companies to remove content promoting false information about vaccines.

The World Health Organization has declared the anti-vaccine movement to be one of the top global health threats for 2019.

Have you been affected by the order put in place? What is your reaction? You can share your views by emailing haveyoursay@bbc.co.uk

Please include a contact number if you are willing to speak to a BBC journalist. You can also contact us in the following ways: 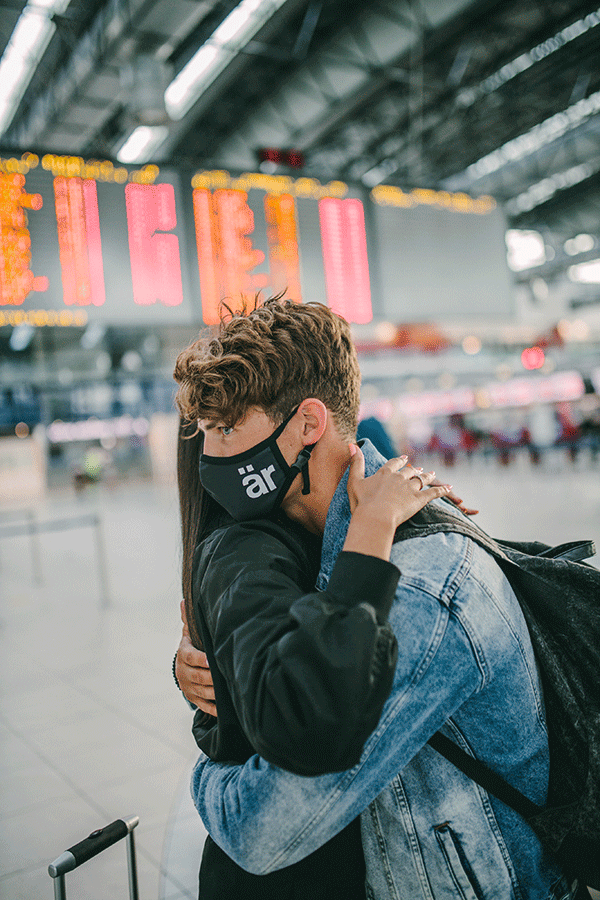