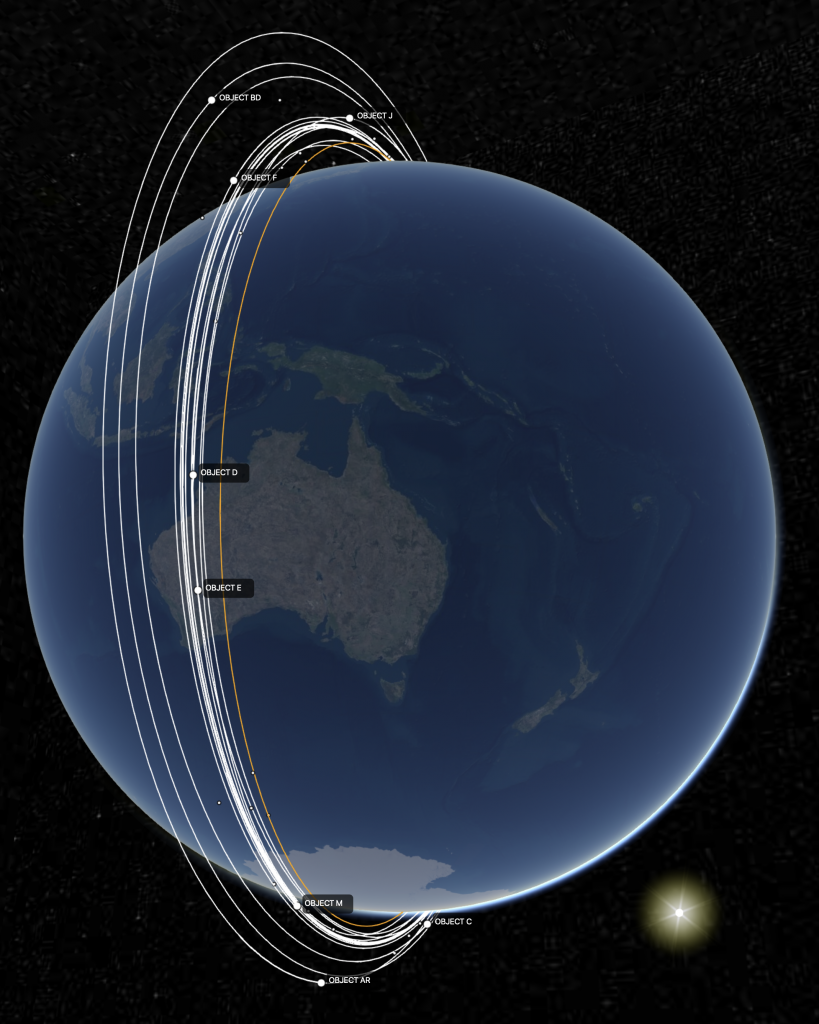 WASHINGTON: The U.S. government is tracking 57 pieces of softball-sized space debris caused by the March 27 Indian ASAT test, the bulk of which is passing through the orbits of spacecraft stationed between 300km and 800km — a fairly populated portion of LEO. In total, 46 pieces have apogees (their highest altitudes) above the 400km orbit of the International Space Station, according to analysis published today by Marco Langbroek, a well-known satellite tracker.

Jonathan McDowell, an astrophysicist at Harvard Smithsonian Center for Astrophysics, says it is early days yet for tracking the debris. Many more pieces may show up in the U.S. catalogue. He noted that one piece of the debris from the 2007 Chinese ASAT was just added to the catalog in July. However, he stressed in a phone interview today, it is clear that the results of the test are highly negative. “We already have 15-16 objects with apogees about 1,000km, and that alone is really bad. It also shows that the Indian government’s claim that the debris is not a problem is nonsense,” he said.

Most of the debris from the test will fall from space naturally within two months or so, as the Indian government has been eager to point out, because of the relatively low orbit of the Mission Shakrit impact. But some will remain for much longer.  It also is important to remember that the U.S. space object catalog only includes debris larger than 10cm that it can definitively trace back to its maker. Indeed, the U.S. military already has detected up to 270 fragments from the Indian test, some of which may be added to the catalog in future; some not.

While it is almost impossible to calculate the overall increase in risk to satellites in those altitudes, according to space scientists, the increase is not zero. NASA Administrator Jim Bridenstine put the increased risk to the ISS, the only manned object in orbit, at about 44 percent. One scientist explained that this means the ISS has about a 30 percent chance of having to maneuver out of the way of a piece of debris now, rather than a 20 percent chance.

One industry representative says that a number of satellite companies are likely to be “watching their conjunction notices closely” over the next several weeks. Conjunction notices are the first-level warnings provided by the 18th Space Control Squadron to operators when the system for space object monitoring shows a possibility of two objects getting too close together, and thus potentially colliding. More urgent collision warnings are provided when there is a greater probability of two objects smashing into each other.

As an example of satellites in the affected orbits, Iridium has 75 Iridium NEXT satellites operating at about 777km. Imagery start-up Planet has 120+ Dove microsatellites at approximately 400km. Planet was one of the few space firms to condemn the Indian ASAT test as irresponsible. While industry officials privately say many companies are unhappy, obviously some worry that publicly complaining might hurt their business prospects with the Indian government. India is a a key player in the small satellite launch market.

T.S. Kelso, senior astrodynamicist at Analytical Graphic Inc.’s Center for Space Standards and Innovation, said that while it is difficult right now to assess the risks of any one satellite crashing into a piece of the Indian debris, his company would be using its SOCRATES and Space Data Center tools to keep watch for potential collisions. Kelso today posted a list of the Indian debris on his Celestrak website that provides orbital data about satellites.

Good design is long-lasting: The designer who made his products to last a lifetime